Psychedelia is a gloriously bold and all-consuming notion: at once an ideology in Technicolor hyperfocus and a nebulous swirl of lysergic bliss, images shifting like a kaleidoscope. It’s both a relic of an apparently freer, wilder past and a palimpsest for the future: but distilling it in the present is Holy Magick, a Brighton-based band weaving new sounds through psychedelic haze and reveries.

Holy Magick is named so because that’s how its co-founder and producer Dom Keen (ex Death in Vegas, Dark Horses) deems music itself: Holy – to be revered, wondered at; and Magick – its potency laying in unknowable forces, esoteric powers beyond the everyday that cast spells on all of us, if you care to listen.

The debut record’s origins lie in a dogged pursuit of artistry and strangeness in a world that’s often unkind to art and artists. Its sensibilities take in; the surrealist terrains of Alejandro Jodorowsky; occultism; psychedelia; krautrock; dusty records from the past manifested in the now. An antidote to social, political, sexual, narcotic sickness and fear – to restless alienation – this is music for "escapism,” says Keen.

Singer and songwriter Siobhan Lynch's vocals navigate that path, creating otherworldly inroads in the Holy Magick landscape. Lynch began her music career in Seattle, signed to Interscope records (among other projects, appearing on the soundtrack for Jackie Chan's Supercop, during which time she also wrote and performed on tracks for Depeche Mode's Alan Wilder, on the infamous Recoil project).

Lynch and Keen met in Brighton shortly after she moved from Nottingham, and the pair quickly began work on the Holy Magick album. Live, the band are relentlessly moody & beautiful, pushing sonic boundaries and manufacturing dissonance.

The album is ready and being released on Lost Room Records in early 2019, with debut single Panic! coming out on December 7th 2018 nestled around shows in Brighton and beyond.

"There’s nothing to bring you down to earth. It’s holy, and its magickal.” 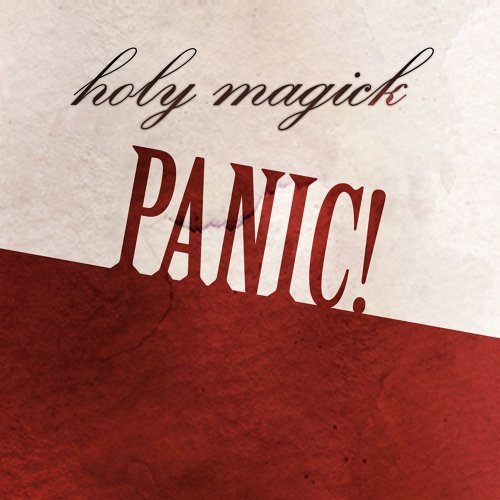